A native of Jackson, Mississippi James grew up in Memphis, Tennessee where he graduated from White Station High School before attending Union University in Jackson, Tennessee. He graduated from there with a Bachelor of Science in Early Childhood Education in 2004 and later attended the University of Tennessee in Knoxville where he received his Master of Science in Social Work and then Phoenix Seminary where he earned a Master of Arts in Ministry. James currently lives in Phoenix, Arizona and is a member of Redemption Church. James grew up in a Christian home but didn’t become a believer until the age of 19. Life has been a crazy good ride since then with many ups and downs but there has always been an awareness that God is in control. Because of this there is eager anticipation of the trials and blessings that the future holds. He is an avid sports fan and rarely misses an opportunity to cheer on his favorite teams (the LSU Tigers, Atlanta Braves and Memphis Grizzlies) whether on TV or in person. When he’s not working, studying, or watching a game he enjoys spending time with his small group and other friends, which usually involves hiking, camping or some other outdoor activity, and playing video games. 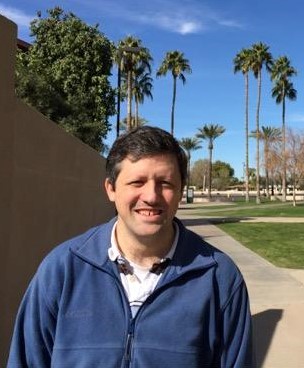